In April 2011, I flew Delta and had a terrible experience that actually fractured my hip and leaves me today, May 13, 2016, feeling the pain. I have detailed in the next paragraphs concerning the inability of Delta and their subcontractor, Air Serve, to safely move me from my wheelchair and onto the airplane. I filed a complaint with the Department of Transportation based upon this experience. I received a response with all seven of my allocations substantiated, but their finding could not be used as a basis for any other remedy. I was told only if there was enough complaints from others substantiated with the Department of Transportation, they would seek further administrative action.

On April 1, 2011, I was getting off flight #6654 from St. Louis. I had informed the crew that I needed an aisle chair with two people to help and asked to have my personal wheelchair at the gate when I got off the plane. After a short wait, a young woman came on board with an aisle chair that was dripping wet. She placed it beside the airline seat and told me to transfer. I asked her to dry the chair seat which she did not. I then wiped some of the water off with my hand. It was still wet, but she indicated she could do nothing about that. A man came on board and I asked him to lift under the arms and instructed the woman to lift under my knees. They did lift me to the wet seat. I asked them IMMEDIATELY TO SECURE THE BELTS AROUND ME. Neither person did so. I reached for a very wet and rusty seat belt and handed it to her as the man started to push. I asked them to stop and fasten the shoulder belt. She handed it to me and I tried to show them how to connect the three belts together. Neither one could do it and under my protest proceeded to push me to the door. I continued to say I will fall if not belted. I have no balance. By this time I was on the lift, which was a tight fit and I held on the sides for balance, in spite of their demands that I place my hands in my lap, doing that would be the equivalent of an able body sitting on a chair on a high wire with no tether and your hands in your lap.

At the bottom of the ramp I was pushed forward, still with NO STRAPS OR BELTS and the person in front stepped away. I fell directly to my right landing on my right hip, arm, and shoulder. People began to pull on my arms and I shouted “LIFT ME UNDER THE ARM AND KNEES AND PLACE ME IN MY CHAIR.” (My personal chair had arrived) They did as I asked. I was cold and hurting and someone directed me to the inside waiting area and then Mr. Vitale arrived. I also spoke with Frank Rizzo and Vivian at Air Serve Corp. I was asked what happened and if I was hurt. I explained as I have above. I said I did not think I was seriously hurt. I was just bruised, wet, shaken, and determined not to miss the next leg of my flight to Rome.

My trip was greatly diminished by the same thing occurring when I returned to JFK on April 18th, except that I did not fall. There was no way to get to the gate in my wheelchair so I used my backup chair which I cannot push. A very good attendant helped me change terminals, but when I arrived at the Delta Desk (after clearing customs) they said I had to go back to the Alitalia desk. The attendant said wait here, locked my brakes and walked away, never to be seen again by me. There seemed to be a problem with getting me to the correct gate for my flight to St. Louis. Finally another attendant pushed me to the correct gate.

At the gate I was again transferred with no belts, no straps, all the while I stating clearly why I need the belts. I was told REPEATEDLY, as though I were a child, that I did not need them, just relax, and was put on the aisle chair and transferred to the seat. I leaned against the wall on the lift and the attendant to keep my balance, or I would have fallen again. The staff was not aware that the arm on the airplane seat would flip back, which made the transfer even more difficult.

When I arrived in St. Louis, my power chair was damaged when I retrieved it in baggage, in spite of the signs on the chair stating that the batteries were dry cell and should not be removed. A very helpful attendant helped my wife put it back together. This has happened to me so often that I take a backup wheelchair, which is inconvenient, but just a part of travel by air.

I have transferred on and off hundreds of planes in many countries without incident but I was never seriously mistreated. However on April 1st and April 18th, 2011, I was certainly in danger of falling and receiving serious injury and was undeniably treated in a manner that frightened some people, disappointed many, and could have seriously injured others. 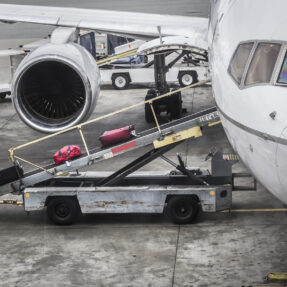 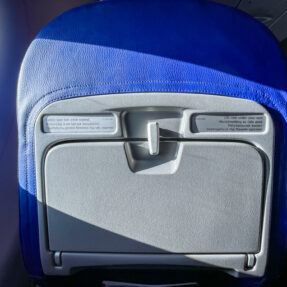