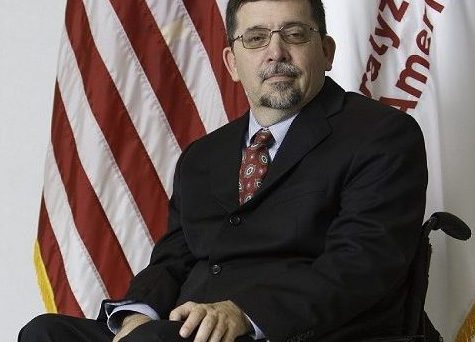 I recently traveled from Florida to Dulles International Airport on American Airlines. I left West Palm Beach, Florida and connected through Charlotte. When I arrived in Charlotte, my brand new Permobil F5 corpus was in perfect shape. I could not have been more pleased. My new chair had made the first portion of the trip unscathed. The transfer crews were great and everything could not have been better. Got bumped up to first class. Then the bottom fell out from underneath me.

When I arrived at Dulles, it took a longtime to get my chair. They deplaned me on an aisle chair, keeping me on the jetway for approximately 5 minutes, then without my chair, pushed me in the aisle chair up the jetway to another gate because I was holding up their boarding process. Then my power chair arrived. I was transferred into it in the hallway between gates. I attempted to power my chair on, no good. Brake error. I tried resetting the brakes, still no good. I was pushed back to my original gate to speak to the gate agent and he was none to happy to have to speak to me. “You must go to baggage claim to report the problem, we don’t have anything to do with it here.” How? It doesn’t work. “They have to push you,” meaning the hired crew that assists with the loading and unloading of passengers with disabilities. The chair is 410 pounds and I weigh 184. Needless to say that wasn’t going to happen. There was a conflict between the gate agent and the supervisor of the hired service. After I forced the agent to speak to me, was there any resolution to this problem? They put me in a manual chair with no cushion and pushed me to the claims office in baggage claim. The ground crew had to bring the chair over. When I arrived at the claims office the agent on duty asked, “where is your chair?” I responded, coming soon. ” Well, what is wrong with it?” It doesn’t work, something happened to it between Charlotte and here. “What do you want us to do?” Fix it. “We will have to file a claim and someone will call you within 7 days.” No! I’m here on business and I have to have it tomorrow. “Hold on.” My chair arrived and then the fun really started.

They filed a claim and contacted their preferred repair service. The answer I was given, “We will have a loaner to you sometime in the next three hours and we will have your chair repaired as soon as possible. Is there anyway you can get to your hotel and we will have the repairman meet you there tonight?” How do I get to the hotel in a chair that doesn’t work? Can they push you to your transportation? Meaning the same hired crew that was unable to push me to the baggage claim? Really smart.

After an hour of going back and forth trying to get them to understand they finally got it but that was their only viable solution. The manual chair I was in could not leave the airport because it belonged to the hired company, not the airline. The airline’s chair had a tall bar attached to the push handle preventing it from leaving the airport. So a team of people pushed me and my broken power chair to my waiting transportation. I was transported to my hotel and my driver and friend pushed me inside to register and sit in the lobby to wait for the repairman to arrive. I called the repair company for an explanation. Unfortunately, when they say emergency service, they mean sometime within the next seven days! I was very forceful about my needs and they apologized but haven’t found anyone that could help this night. I finally took things over myself and called the Permobil representative that I know. He immediately started working on a solution. Asked if it was okay for a repairman to come early the next day. Best he could do. I have no other option. The airline’s repairman hadn’t even gotten back to them yet so they didn’t even have any idea when they would get to me. I was pushed to my room. Straight to bed.

The next morning I received a phone call from my Permobil representative informing me of who was coming and when he would be arriving. I had business I needed to attend to but was stuck in bed with no choice but to wait. After not hearing from the airline’s repair company, I called them at 9:30 am. “Sorry I just to work two minutes ago, let me look up your claim.” That meant the night person just stopped trying! Global repair? I think not!

The repairman from Permobil arrived and started diagnosing my problem. The electric brake was not engaging. He checked wires, relays and connections. After 15 minutes with him looking and tech help on the phone, the first problem was found. A wire was cut by someone or something during handling. He had spare parts available, replacing the broken item. Then the full problem became apparent. The chair had been dropped from a height, landing on the drive wheel sideways bending the motor and transmission. Solution, replace the whole assembly. Luckily, he had replacement parts available. I’m stuck in my bed in the hotel the whole day waiting on a loaner power chair from Global repair. The only started calling me back after they found out I had secured my own repairman. “They have to agree to our rates or we won’t pay.” Are you kidding me? I’m already held hostage by your lack of providing a loaner chair so I could do my business. I stopped talking to them!

I tried calling the airline’s baggage claim directly several times to no avail until 4:30 pm. I relayed my story and informed them they would be paying my repairman directly because of the non-existing service from global repair! “You will have to send us the bill and we will reimburse you.” Are you kidding me? I still had the number to the local airline representative and got ahold of them and they had a main representative call me. He spoke to my repairman asking how much it would cost. He still hadn’t completed his work ensuring that everything was fixed. He gave an estimated cost. Airline’s representative, “We don’t pay estimates, I’ll call you back in a few minutes.” Still haven’t heard back from him either.

I was finally able to get into my chair at 6:30 pm. He then had to readjust many of the settings to fit me again. They really know how to break chairs at American Airlines. They don’t have any compassion at Global repair for traveling wheelchair users. I missed the only day of business in Washington DC. My chair and I head to Denver tomorrow on a different airline.

Let’s see how they do.

I really can’t wait to hear back from American Airlines. I’m sure they will try to deny my claim and not pay my repairman saying that they only deal with Global repair. And the airline industry wonders why we want stronger legislation allowing us to sue for damages. I lost my golden opportunity for business in DC. What is a lost day of work worth to them?

By the way, I’m a disabled marine corps veteran. I can take a punch or two. I just can’t understand why people think someone in a wheelchair is stupid? My legs don’t work. My brain is just fine. I will push this resolution until completion. Even it means calling the Department of Justice.